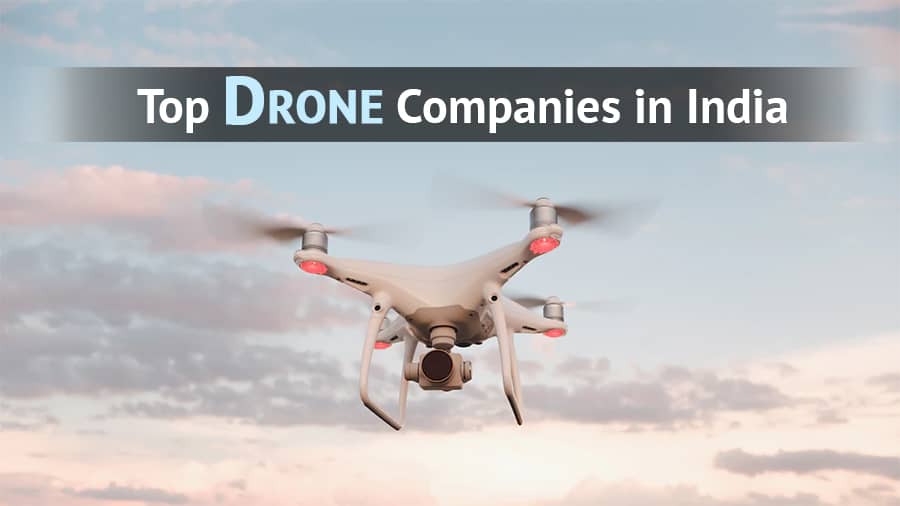 The drone is a common term used for Unmanned Aerial vehicles or UAVs. Drone technology will gain popularity in the coming days and it will continue with the human revolution. Today, we will discuss what is a Drone, what are the top drone companies in India and how they could impact our better future, and finally as an investor how you could be beneficial investing in the best drone stocks in India.

The first thing we must know is that the sector is still in a developing state, so the growth potential of drone companies stocks in India is very high. Currently in India Drone manufacturing companies have a turnover of approximately Rs. 90 crore and according to analysts the figure will grow to Rs. 15,000 crore by 2026. This could not happen without government liberalization. The government is taking several measures to boost the sector which we can see in the later phase of our discussion.

Some crucial uses of Drones are:

Besides, drones will be a life-changer in the field of outer space land survey, emergency rescue, healthcare, advanced photography and videography, and so on.

Incorporated in 1996, Zen Technologies engages in designing, developing, and manufacturing combating training solutions for the training purpose of Defence and security forces in India. This is why it ranks on top among the top drone companies in India

The Company provides a combat shield from the dark uses of drones by jamming and neutralizing the activity of drones, catching the drones, killing the drones on-air, and protecting critical infrastructures, borders, and airports.

The stock outperformed and doubled itself within 1 year, making it a subject of discussion among the investors.

Another company on the list of top drone companies in India is Rattan Enterprises is a 2010-born electric power distribution company that forays into Drone making industry by setting up a wholly-owned subsidiary NeoSky to take care of its drone business.

The company has made a strategic investment in the US-based firm Urban Drone Logistics by NeoSky. Very recently through NeoSky India Limited, Rattan has acquired a 60% of stake in Bengaluru-based drone maker Throttle Aerospace Systems Private Limited (TAS).

These strategic investments simply show the restlessness of the company to evolve in the Drone Industry. The company is eyeing a full 360-degree drone solution covering the hardware, software, and service solutions.

The company manages a multi-bagger return of over 1400% return in 5 years. Still, there are plenty of opportunities to invest in the stock.

DCM Shriram is the 3rd company on the list of top drone companies in India that primarily belongs to the Indian Chemical sector and is engaged in the manufacturing of fertilizers, Chloro Vinyl, PVC Compounding, and Sugar, Bio seeds & Cement.

The company entered the Drone business by investing $1 million in Turkish Drone maker Zyrone Dynamics, holding a 30% share of the company. The company claims this is more than an investment and eyeing to create a global UAV company for multifold applications; in the betterment of civilization and strengthening military forces.

Zyrone dynamics is manufacturing Variable Volume UAVs, similar to a Tilt-Rotor aircraft, and can take off and land just like a normal aircraft or helicopter.

The stock comes top in the list of drone companies stock in India as able to provide over 400% return to its investors over 5 years.

Paras has indigenous camera payload manufacturing with all hardware and software composites. The company has UAV subsystems with multispectral and electro-optic cameras.  Recently, the NCR-based Aerospace company has tied up with some UAV manufacturers situated in Latvia, Israel & Italy.

As per the CEO, Paras has an aim to bring the best drone technology in the world to India and become the top drone company in India. Though the company has experience of over 40 years in the defence sector, it was listed on the Indian stock market in October 2021, and within one month the company managed to three-fold the listed price.

HAL is a Bengaluru-based state-owned one of the world’s oldest and largest aerospace and defence manufacturers. HAL has 11 R&D centres and 21 manufacturing hubs under 4 production units across India. The company manufactures, design, and fabricate fighter jets, jet engines, helicopters, marine gas turbine engines, and their spare parts for the Indian military.

The company already owns a contract to manufacture a combat drone called Rustom-2 and also developed an autonomous wingman drone called CATS(Combat Air Teaming System) warrior, which can be applied by both the Indian Navy and Indian Air Force.

With a healthy promoter holding of 75.15% and such a good Market Cap, financially rich HAL is investors’ top choice for a quality investment.

Let’s have a look at a comparison table of top drone company’s financials:

Frequently Asked Questions(FAQs) about the best drone companies in India

All the companies we have discussed so far are eyeing of being the biggest Drone manufacturer in the coming days. But after close research, we could suggest an investment in RattanIndia, DCM Shriram, or Paras Defence in the manufacturing space, as their future planning is looking really promising.

India’s domestic drone market is estimated to reach $50 billion over the next 15 years. The Union government has liberalized the drone rules in August 2021 and launched Production Linked Incentive(PLI) scheme to make the country a global hub for drone technology by 2030.

Also, the government put a bar on importing UAVs to charm local manufacturing of drones. So, domestic and global prospects are quite good for these companies.

The drone industry still is in an evolving stage, so if you have a long-term investment approach then you can make a valuable investment in any of the above-discussed stocks as they all have good promoter holding with almost zero debt. Above all, each stock is available at a good valuation.

Every stock we have discussed so far listed in the Indian stock market is not known for good dividend payer except HAL, which provides a marginally good dividend payout. But one can surely invest in drone-based stocks for growth and not only for dividends. 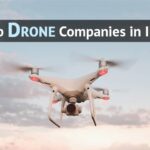 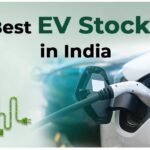 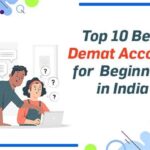 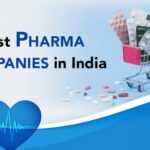 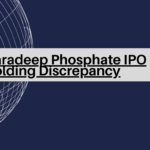 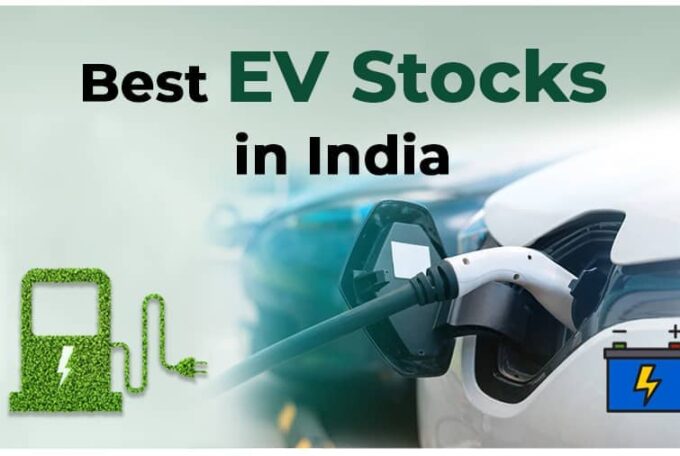 India's EV market is expected to reach $150 bn. We have listed the best electric…
Read more 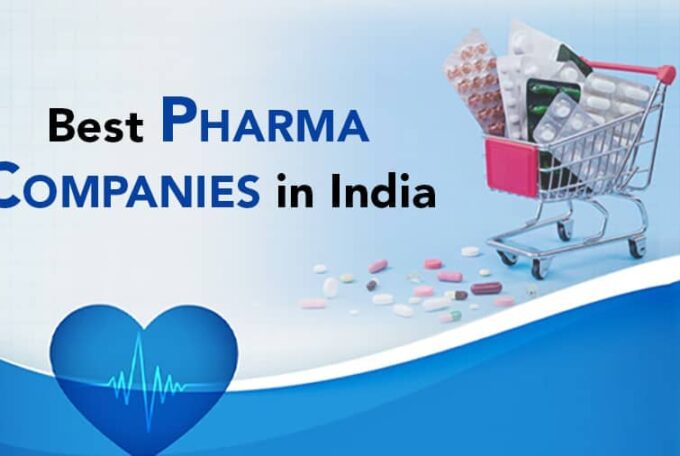 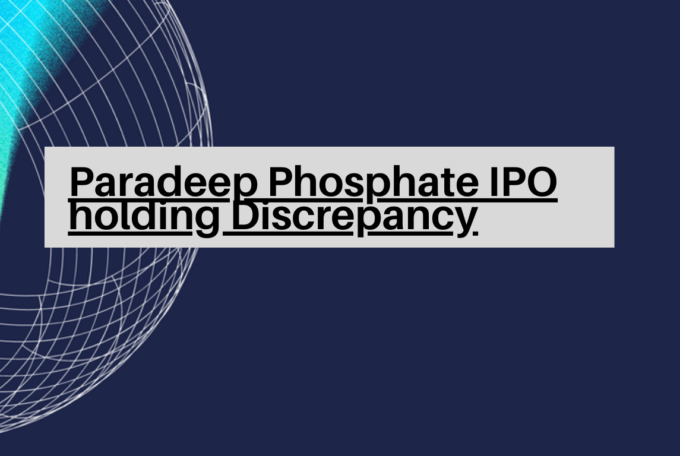